Hello there & thanks for stopping by the Elle’s Studio blog today! If you haven’t had a chance to check out the cut file or printable offerings in the Elle’s Studio shop, you should be sure to stop by today. I love having these versatile and useful cut files and printables in my digital library, especially since they’re reusable- a big perk for me! Today I’d like to share a layout I created using both the Weekend printables and the July digital cut files. 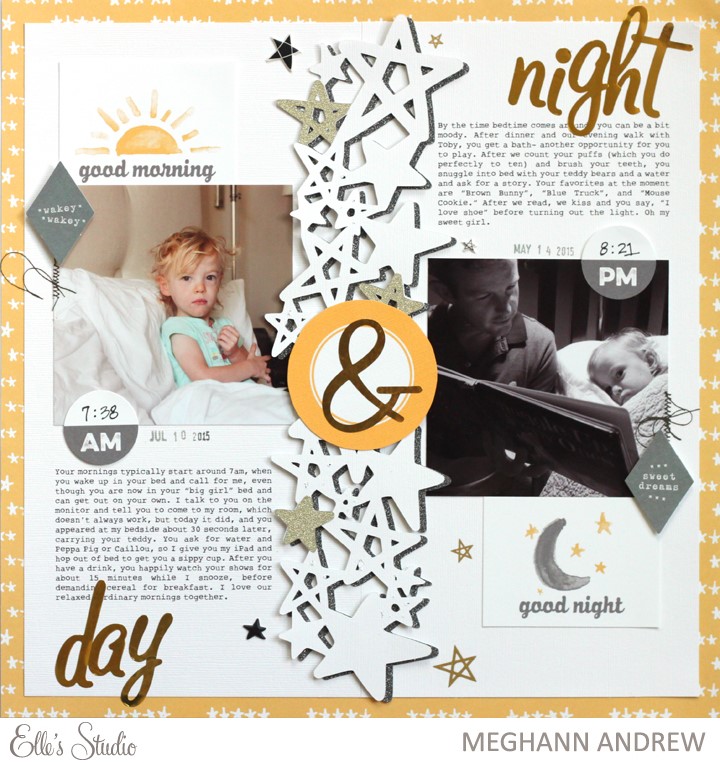 As soon as I found the “AM” and “PM” tags in the July kit, I knew I wanted to document my daughter’s morning and evening routines at the moment. These everyday moments are the things we will forget as soon as they change. So, I took the photos especially for this layout. To create a divide between the two, I used the star border from the July digital cut file, which I cut three times- with white cardstock, gold glitter paper and dark grey glitter paper. I don’t know about you, but I can’t get enough of stars, so I know I will be using this cut quite often! Using dimensional adhesive, I layered the white cardstock on top of the grey glitter, then cut a few individual stars from the gold glitter cut. As well as dividing the layout in half, the cut file also hid the division between the two halves of my white background cardstock, which I cut to be able to print my journaling on my printer, which is not wide-format. 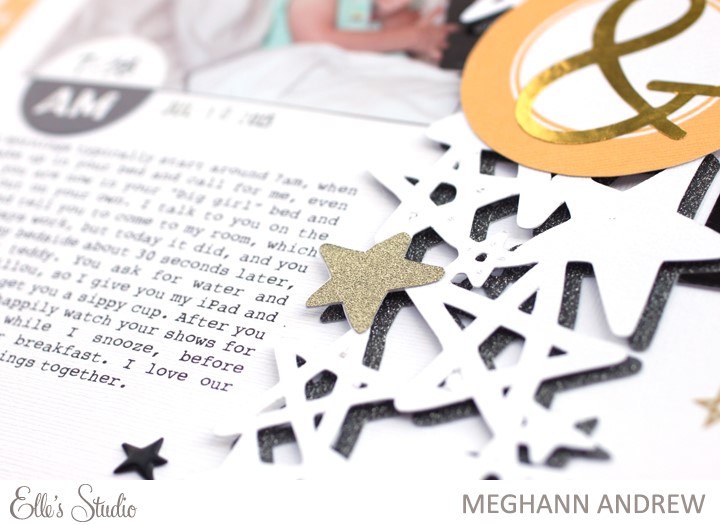 The Weekend printables included two circular labels, however neither matched the color scheme of my layout. I opened the individual label file in Photoshop, recolored it in yellow to match the “Five Stars” paper from the “Let’s Eat” collection and enlarged it to house a large ampersand in the center of my star border. 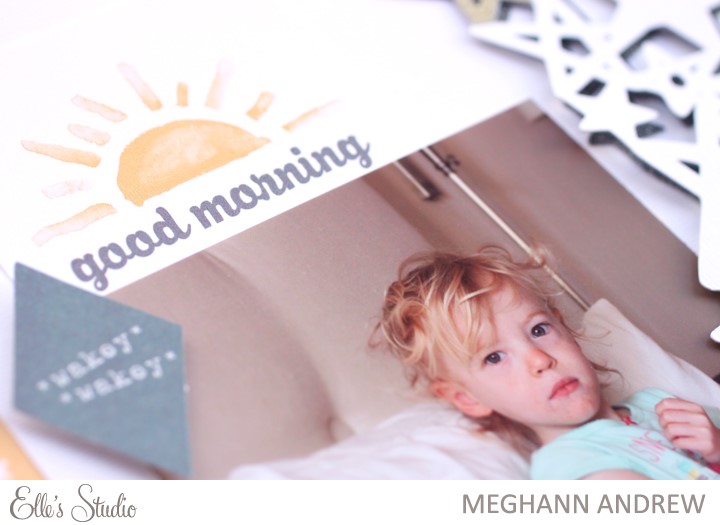 Adding the coordinating tags from the July kit, along with a small handful of extra embellishment like rub-ons, goil foil alphas and puffy stars finished my layout- one that I will cherish because it shows a glimpse into our daily life. Check out the Elle’s Studio cut files and printables to help you tell your stories and create those special layouts today!