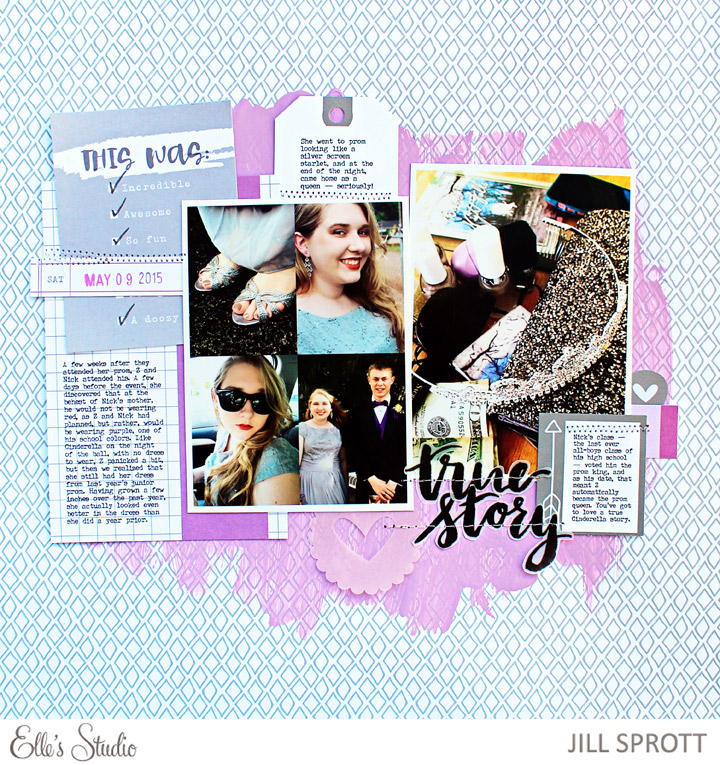 Ah, prom season. It’s that time of year when our children abandon the uniform of teen angst and youthful malaise — worn denim and t-shirts — in favor of glittering gowns and tailored tuxedos. This spring, my daughter attended not just one, but two proms. Initially, she was going to wear the same red dress to both proms, but that did not work out as expected. In fact, there was something even more unexpected that occurred. That story — my daughter’s true “Cinderella” story — is the focus of this page. 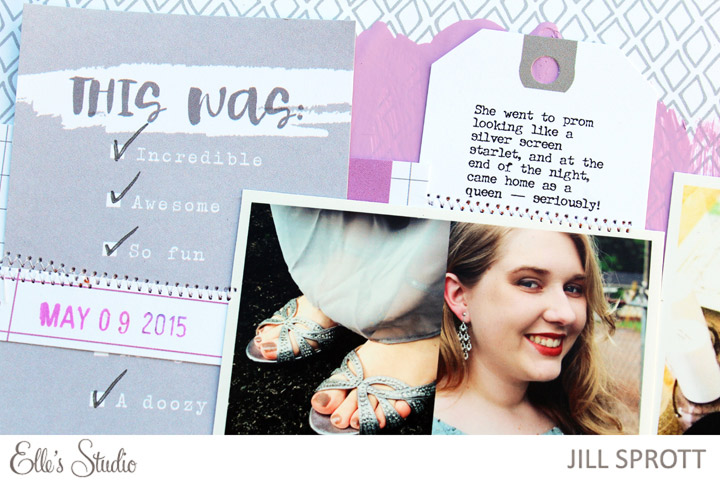 The journaling was prompted by a tag from the Elle’s Studio May 2015 kit that allows one to rate an event by checking a box. Initially, I was going to go with “This was…incredible,” but so many other choices applied, so I checked even more boxes (“awesome…so fun…a doozy”) and covered up the ones that I wasn’t using with a date strip. Everything in the journaling relates to the checked boxes, from the “doozy” that was the dress debacle, to the “incredible” and “awesome” news that my daughter was prom queen, as well the most important aspect of all, that she found the prom to be “so fun.” 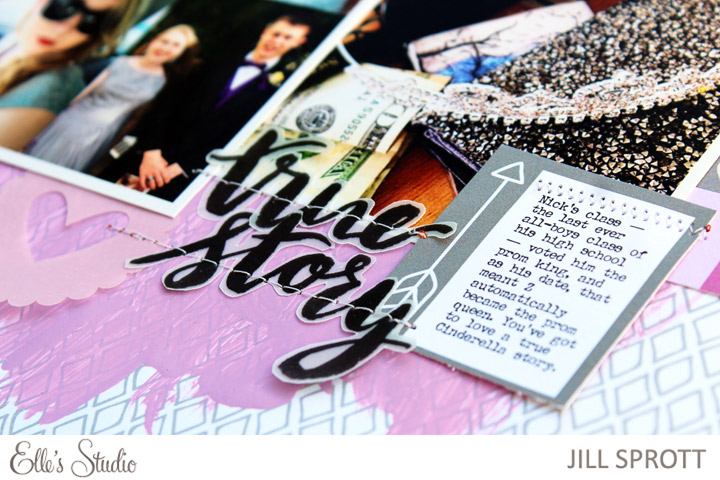 Knowing that I would be adding a lot of journaling and photos, I kept the background simple and neutral, using a sheet of “You Are” patterned paper from the Cienna collection.  Mindful of the role that purple played in my daughter’s story, I brushed purple paint across the background, and built the rest of the layout over the painted section. I selected tags and accents from the May kit and the Cienna collection that were primarily purple or gray, keeping with the monochromatic approach. The final addition to the page was the hand-cut title, taken from a sheet of Cienna “Happy Moments” vellum.

As this page attests, I’m a sucker for a happy ending.