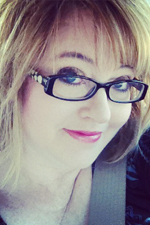 Hi there! I’m Leslie Ashe & I’m from Fort Worth, Texas.  I’m married to the cutest guy ever – for almost 22 years now (next month!) We’ve got 2 college aged kids – Savannah who just turned 21 & Shaypher who will be 20 at the end of this month. Time flew! I think we were having too much fun!

I’ve been scrapbooking since the kids were tiny – about 15 or so years now. It’s been a blast to see how much it’s changed through the years. I live to scrapbook – I’m in my new studio almost every single day! It’s not just fun – it’s therapy! I’ve been blessed to be on a few design teams & still serve on a few. Elle’s Studio was one of my FAVORITE teams to serve on. Thank you for letting me share a little bit of inspiration with you today!! You can find my blog right here:  www.leslieashe.blogspot.com 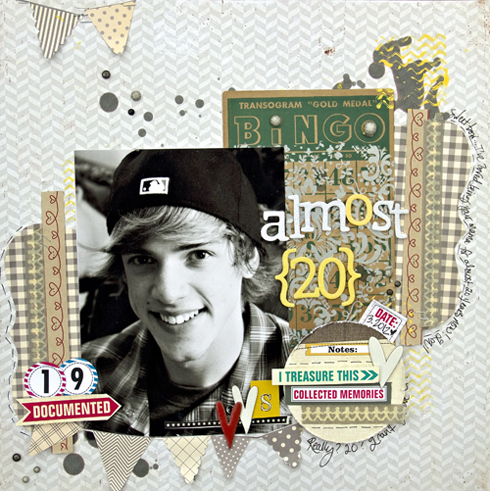 How I created this layout:
1.  After I picked my supplies – I grabbed some Adirondack Alchohol Ink & dropped it in various places on my Crate Paper Paper Heart – Romance paper. 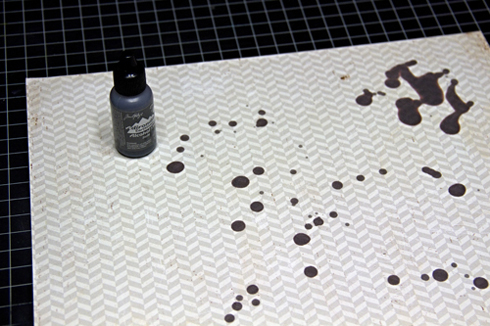 2.  I took a Jenni Bowlin damask rub on in silver & rubbed it on a vintage bingo card I picked up at an antique store not too long ago. 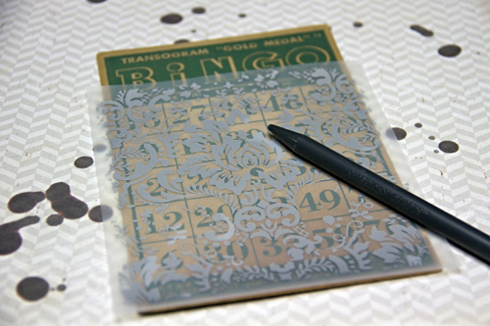 3.  Using a 3D adhesive – I placed my Elle’s Studio Noted Circle Large Journaling Tag next to my photo, below my bingo card. 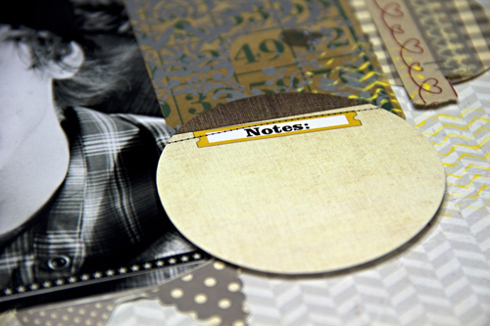 4.  Using a Template (in this case, it’s packaging from a Jenni Bowlin embellishment) – I traced the bracket on my October Afternoon Farmhouse – Church Social paper. Then I cut it out & placed it on both sides of my layout.)

5.  Place Washi Tape going down on side of bracket paper. then add a border strip of paper just below. Staple together. 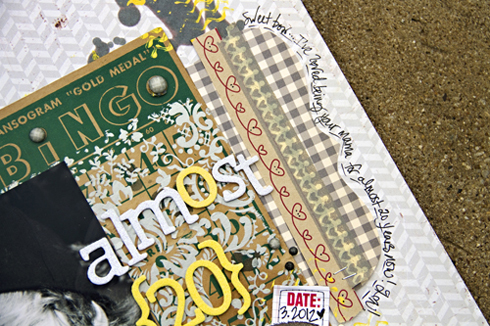 6.  I then took a small chevron stamp I had in my stash & using Jenni Bowlin Yellow Paint – I stamped on a few places of my layout.

7.  Using 3D adhesive – I trimmed “I Treasure This” from Elle’s Studio Collected Cutouts & placed onto my Elle’s Studio Noted Circle Journaling Tag – at the top (just under “notes”)

8.  I then trimmed “Collected Memories” from Elle’s Studio Collected Cutouts & placed just under “I Treasure This” on my Elle’s Studio Noted Circle Journaling Tag.

9.  Next I placed a strip of washi tape just under the “Collected Memories” tag.

10.  I then added a “date” slightly under my Elle’s Studio Noted Circle Large Journaling Tag – staggering it slightly to the right.

11.  I also added a Heidi Swapp heart chipboard next to “I treasure this…” 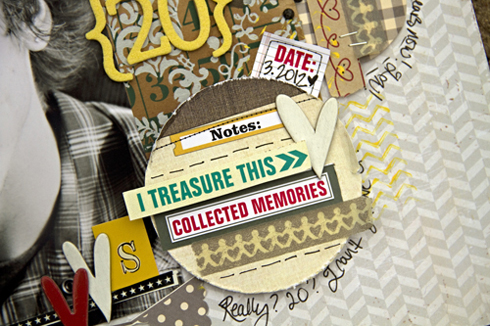 12.  On the left side of my layout, after I cut out the banner from October Afternoon’s Farmhouse Clothesline paper – I trimmed & added “documented” from Elle’s Studio Collected Cutouts. 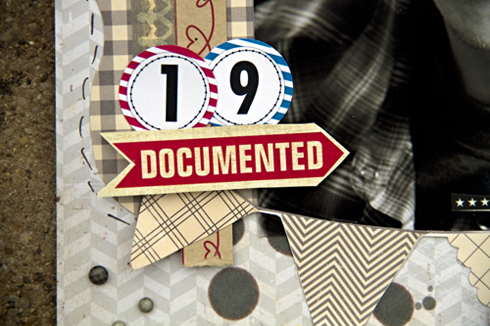 14.  I added 2 more banners above, at the top of my layout & some gems from Prima in various places on my page.

15.  I journaled along the right side of my page.

16. For a final touch – I added 2 more Heidi Swap heart chipboard pieces next to an American Crafts “S”.

17.  My last thing to do was adding Prima gems onto my “BINGO” and the title “Almost 20” using American Crafts Thickers in the center of my bingo card.

Our Make It Sunday blog series has been taken over by past members of our design team! We are so excited to see their work featured again, here at our site! Look for a different past design team member each week.